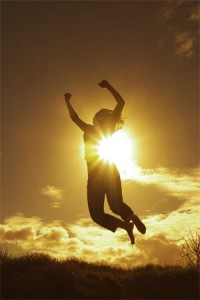 What  is it that makes some people succeed while others fail?

Why do some people experience so much success while others are stuck in a maze of never-ending mediocrity, or worse yet, failure?

Well, one thing is certain.  It’s not that they are some kind of superhuman born with skills that just aren’t available to anyone else.

Time and time again we have seen that ordinary people with an extraordinary idea or dream and a whole lot of focus and determination are able to overcome the odds that stop most people dead in their tracks.

I’ll tell you one thing that distinguishes all of the people in the following video, along with everyone I’ve ever known or read about that have achieved great things in their lives:

They weren’t afraid to make a decision and stick with it.

In fact, they believed so strongly in their vision that they stayed at it throughout criticism, mockery and failure after failure.

It was by tempering themselves, like heat tempers steel, that they earned their distinction as extraordinary human beings.

What choices can you make right now that, when stuck with and pursued passionately can lead you to become extraordinary in the eyes of the world?

More importantly, and more immediate, what can you do today to become more extraordinary in the eyes of the ones you love?