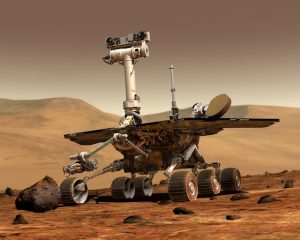 Real estate agents are constantly looking for new listings, which will attract potential buyers. We no longer need to limit our search for good listings to planet Earth because Mars is now for sale.

Although this may sound a bit far-fetched at first, it is not such a strange concept if you consider the serious efforts being made to colonize Mars with the commercial efforts by companies like Space X. There is a company, called Lunar Land, which is already selling acres of land on Mars as a novelty.

Off-planet land sales have already had considerable success for those crazy enough to sell titles to land on the Moon. Lunar Embassy, which started in 1980, claims to have sold 2.5 million acres of the Moon for about US$20 per acre. That’s $50 million in revenues.

This happened in spite of the Outer Space Treaty, which was signed by the US, the UK, and the Soviet Union. The treaty went into force according to Earth’s laws on October 10, 1967. Currently (February 2019), there are 108 countries who signed the treaty and 23 more who signed it but have not yet legally ratified it in their home country.

Here is the loophole. There are 195 countries in the world. That means 64 are not a party to the Outer Space Treaty. Any of these countries can legally lay claim to any off-planet real estate according to their own country’s laws.

Buying acres of land on Mars is really a fun fad. It has symbolic value but really has no practical value to earthbound persons. In a few decades, this may change.

The estimates by SpaceNews are that it will cost US$230 billion to establish a human outpost on Mars with the target date of 2035. Each resupply mission, once every three years thereafter, will cost about US$142 billion. The total cost to start the colonization of Mars is about US$1.5 trillion.

Mars has about 35 billion acres. That means a commercial colonization program can “own” Mars for only US$42.85 per acre.

The Mars Experience On Earth

One way to make this fantasy of colonizing Mars more real is to set up a practice project on Earth. We searched and found the worst, cheapest land in the United States. It is available for purchase at a mere $50 per acre. It is the worst kind of remote desert land with horrific conditions and no natural resources. However, even with the worst Earth conditions, it is a paradise compared to the challenge of living on Mars.

Some clever entrepreneur should create the Mars Habitat on Earth and invite participation to buy land and habitation in a project that develops a workable living space that is self-contained in these harsh desert areas on Earth.

The Package Deal — Mars For Sale

Here is the exciting Mars Habitat on Earth plus Mars Land Package: